Researchers use the MiSeq and NextSeq 500 Systems to perform RNA-Seq, ChIP-Seq, and exome sequencing in their search for gene expression profiles associated with cancer. 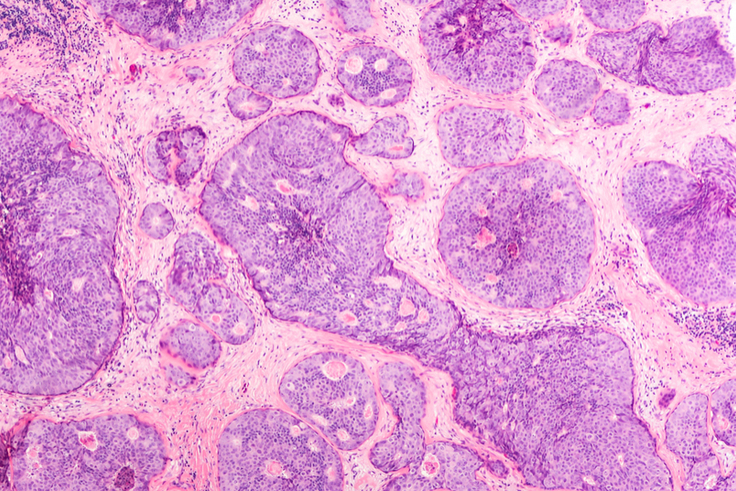 Genomics has transformed every area of biomedical science, but nowhere has DNA sequencing had a more profound effect than in cancer research. Scientists have peered into tumors to identify subtle and not-so-subtle differences between cancers that otherwise seem identical, learning more about what causes them and how they respond to different types of treatments. As the Laboratory Manager at the Centre Georges-François Leclerc (CGFL), Romain Boidot, PhD acts as a sequencing resource for hundreds of scientists and clinical researchers.

Since 2012, Dr. Boidot and CGFL have relied on Illumina next-generation sequencing (NGS) systems for cancer research. They started with the MiSeq System, performing transcriptome sequencing (RNA-Seq), chromatin immunoprecipitation sequencing (ChIP-Seq), and using gene panels for solid tumor characterization. In January 2015, they added the NextSeq 500 System to obtain higher output and perform deeper sequencing. One of their current projects is to classify breast cancer gene expression biomarkers to describe solid tumors effectively, with the hopes of impacting treatment and prognosis.

iCommunity spoke with Dr. Boidot to learn more about the cancer studies conducted at CGFL and how performing RNA-Seq, ChIP-Seq, and exome sequencing with the MiSeq and NextSeq 500 Systems is enabling its researchers to uncover cancer biomarkers.

Q: What types of gene marker research are being conducted at the CGFL?

Romain Boidot (RB):We study cancer cells, but also genes specific to immune cells. We use RNA-Seq to detect what type of immune cell or T-lymphocyte subtype infiltrates the tumor. The benefit of RNA-Seq is that we can study tumor cells and also cells that form the tumor microenvironment. We’re beginning a new project with a cohort of 30–40 cancer subjects to identify specific markers of immunotherapy response.

Q: How did you begin to integrate NGS into your lab research?

RB: First, we wanted to study samples using cancer gene panels. We were among the first in France to acquire a MiSeq System. We needed time to familiarize ourselves with the system, and to understand the workflow and determine which library prep technology would be best to support our research. After six months of performing DNA sequencing, we decided to try RNA-Seq as well. We began running RNA-Seq on the MiSeq System at the start of 2013.

Q: What types of sequencing projects did you perform on the MiSeq System?

RB: Initially, we used the MiSeq System for routine work with a cancer gene panel that consisted of BRCA and homologous recombination genes to study susceptibility to breast and ovarian cancer.

Q: What motivated your transition to RNA-Seq in early 2013?

RB: The first RNA-Seq runs were carried out for an immunology research project, including a study on T-CD4 lymphocyte differentiation.1 We ultimately had two projects where we performed RNA-Seq runs with the MiSeq System and they went very well. We acquired the NextSeq 500 System for its ability to deliver higher output and more reads per run.

“We acquired the NextSeq 500 System for its ability to deliver higher output and more reads per run.”

Q: What types of studies do you run on the NextSeq 500 and MiSeq Systems currently?

We perform routine sequencing of panels on the MiSeq System. We started with cancer gene panels and small cancer gene sets, and are now using somatic gene panels.

Q: What are the advantages of the NextSeq 500 System?

RB: The main advantage is read depth. With the MiSeq System, we obtain about 12–15 million reads. Running the NextSeq 500 System multiplies the read depth to 400 million reads.

The NextSeq 500 System lowers the cost per analysis because a large amount of sample multiplexing can be carried out to obtain an even greater depth than on the MiSeq System. This has increased the number of RNA-Seq projects that we can perform. Having results faster is also a clear advantage.

Q: Is there a difference in data quality between the MiSeq and NextSeq 500 Systems?

RB: We’re obtaining high-quality data with both machines and are quite happy. The data quality supports our basic and translational research. The read depth for RNA-Seq on the NextSeq 500 System is much higher, providing us with more information. We are currently comparing sequencing of a cancer gene panel between the MiSeq and NextSeq 500 Systems, and we should have the results soon.

“BaseSpace Onsite with pipeline analysis, whether BWA or Isaac, enables us to run exomes with the NextSeq 500 System.”

Q: How long did it take before you were using the NextSeq 500 System routinely?

RB: The installation of the NextSeq 500 System went very well. We began using it almost immediately. Our first sequencing run on the NextSeq 500 System was RNA-Seq and the results were strong. The system arrived in January 2015, it was operational in mid-March, and in June 2015, we began performing RNA-Seq routinely. We later began to perform ChIP-Seq and exome sequencing on the system.

In learning how to operate the system, most of our time was focused on library preparation. We realized that by adjusting the concentration, we could obtain the optimal number of clusters and use the full sequencing capacity.

We also had to learn how to set up the software sequencing run. We use BaseSpace Onsite Server*, which includes Prep Tab software, to help organize library pools into sequencing runs.

Q: What impact has BaseSpace Onsite had on your sequencing pipeline?

RB: We needed to show CGFL researchers that we understood and could perform sequencing, and that there was genuine added value for them to use our lab. BaseSpace Onsite with pipeline analysis, whether Burrows-Wheeler Aligner (BWA) or Isaac alignment software, enables us to run exomes with the NextSeq 500 System. If we did not have BaseSpace Onsite, I do not think that we could run the exome workflow as quickly and achieve this quality.

Q: What are the benefits of having a comprehensive workflow from a single provider?

RB: Working with one provider gives us a single point of contact to assist us in troubleshooting problems. The comprehensive workflow provides us with analysis continuity. It helps us to feel comfortable with the process and enables us to obtain high-quality results.

“We now run all our clinical research samples on the NextSeq 500 System...because it enables us to perform exome and panel sequencing of many samples, at the exome sizes necessary.”

Q: What is the value of the NextSeq 500 System in clinical research?

RB: We now run all our clinical research samples on the NextSeq 500 System. We chose the system because it enables us to perform exome and panel sequencing of many samples, at the exome sizes necessary. Our clinical cancer research is focused on studying applied biomarkers with the subjects’ consent, enabling us to uncover biomarkers that haven’t yet been identified in the literature.

RB: Illumina customer support is excellent. We bring up concerns as they arise and they are quickly addressed.

Q: Has NGS changed the types of cancer gene panels you are using in your research?

RB: NGS has given us access to research tools that are extremely powerful and cutting-edge, and it has helped boost the impact of our research. With Sanger sequencing, we were sequencing BRCA1 and BRCA2 panels. With NGS, we sequence panels consisting of BRCA1, BRCA2, and over 23 other genes that are involved in supposed predispositions to breast cancer, and also digestive cancer. By using these panels, we’ve realized that genes that were only the subject of research for predispositions to breast and ovarian cancer might have an impact on the predisposition to digestive cancer, and vice versa.

Q: What are the next steps in your research?

RB: The next step is to continue to perform exome sequencing and identify new response biomarkers to targeted immunotherapy treatment, as well as conventional chemotherapy. We also want to develop panels that enable the analysis of circulating DNA variants. The NextSeq 500 System will enable these studies because it provides a greater read depth and enables us to determine information thresholds. We’ll also be using RNA-Seq to research fusion genes and variants from paraffin-embedded tumor tissue.

Q: Did you ever think that these advances would be achievable through NGS?

RB: While I was doing my thesis, Sanger sequencing was the only technology available. When I returned to CGFL at the beginning of my two-year placement, that outlook had not changed. Then I went to an interdepartmental meeting, and I heard people talking about what was beginning to emerge with Illumina NGS systems. When we saw the first MiSeq Systems that were sent to Europe, we realized they could add value to our research. Never did I imagine that we could do so many things with the MiSeq System and now the NextSeq 500 System.

Learn more about the products and systems mentioned in this article:

*As of April 2016, BaseSpace Onsite Server is now referred to as the BaseSpace Sequence Hub.

Previous Article: Cell-Free DNA NIPT Is a Part of More Women's Pregancy Journeys
Next Article: Witnesses to a Sea Change in Sequencing Capability