Researchers in India study a deadly oral cancer that is strongly associated with chewing tobacco together with slaked lime. 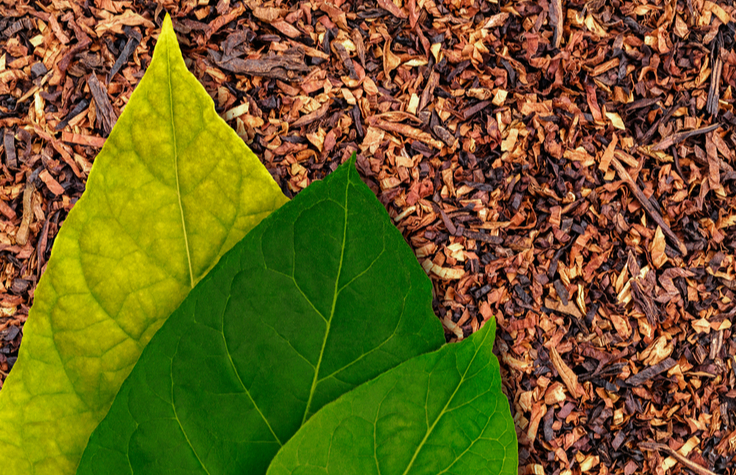 Chewing tobacco is a major killer in India, especially of its men. This is due, at least in part, to the unique and inadvertently harmful way they use the carcinogen. Unlike many other countries, people in India chew their tobacco together with slaked lime (calcium hydroxide). This creates a devastating one–two punch: the alkalinity of slaked lime chews up the epithelial layer of buccal cells, enabling the carcinogens in the tobacco to reach into the inner layers where they cause DNA mutations.

This dangerous combination causes a specific form of oral cancer, called gingivobuccal oral squamous cell cancer (OSCC-GB), which affects areas inside the mouth excluding the tongue. OSCC-GB leads to about 23% of cancer-related deaths among Indian men, almost 3× higher than in the West.1 Unfortunately, this type of cancer is often detected at an advanced stage in most patients.

OSCC-GB’s overwhelming prevalence in India compared to other parts of the world is a big reason why Partha Majumder, PhD and his colleagues chose to study the disease. In 2009, Dr. Majumder founded the National Institute of Biomedical Genomics (NIBMG) in India, where he is now a Distinguished Professor. Since then, he has devoted his research to understanding the genetic underpinnings of OSCC-GB. Using Illumina platforms, Dr. Majumder and his team have identified somatic variants, germline alterations, and perturbations in biological pathways that may influence the course of the disease. Dr. Majumder hopes that these discoveries will one day lead to the development of better treatments for OSCC-GB.

iCommunity spoke with Dr. Majumder about his work at NIBMG, the novel biomarkers that have been found in OSCC-GB, and how next-generation sequencing (NGS) is enabling scientists to explore crucial questions about cancer genomics.

Partha Majumder, PhD is a Founder and Distinguished Professor at NIBMG.

Q: How was NIBMG founded and what is its mission?

Partha Majumder (PM): In 2009, the government of India decided that they wanted to establish several focused institutes and asked for ideas. I provided the idea of creating an institute focused on accelerating genomics for health. The Indian government approved the idea and I was asked to establish the institute and became its Founding Director. We hired our first set of faculty members in 2010. There are term limits for directors and my term is now over. I am currently a Distinguished Professor at NIBMG.

The mission of NIBMG is simple. Health and disease have strong genetic underpinnings and our goal is to understand genetic associations to promote health and retard disease. Our goal is to accelerate health through the power of genomics.

Q: Why is it important to study the genetics of diseases?

PM: To keep diseases in check, we need to treat them when they first appear. If we can’t eliminate them, we want to at least halt the advance of these diseases in their earliest stages. To do this, we need to understand which biological pathways are perturbed and cause disease. We look for mutations in the genes involved in those pathways. If we can understand the genetic underpinnings, particularly of cancer, it might allow us to develop molecules that affect these biological pathways to treat disease.

"We have been able to find genetic alterations that are highly associated with lymph node metastasis in oral cancer, including mutations in the mito-G2/M and NHEJ pathways, recurrent deletion of genes for DNA repair by homologous recombinations, and hotspot somatic mutations in TP53 and CASP8."

Q: What sparked your interest in studying cancer genomics?

PM: When I was a postdoc in the University of Texas Health Science Center, the MD Anderson Cancer Center was across the street from our building. Scientists at the Cancer Center were trying to solve some very interesting problems, such as identifying the genes involved in cancer. I began working on cancer, and deep questions started coming to my mind. They pertained to the heterogeneity in tumor tissue and the fact that while cancer is a genetic disease, it doesn’t always run in families. There obviously were somatic, as well as germline, mutations in cancer.

Tumor heterogeneity and somatic mutations couldn’t be studied using the available technology at the time, such as Sanger sequencing. I had to put my questions on hold. It wasn’t until NGS was introduced that these questions could be answered. Suddenly, cancer genomics became a very interesting and vibrant field.

Q: Why did you begin studying OSCC-GB in depth?

PM: We were contacted as the International Cancer Genome Consortium Project was being conceived. We were invited to participate in this global consortium. There are many different cancers and we couldn’t study them all for our contribution to the consortium. We decided to investigate cancers that are widespread in India. There are two types of cancer that are highly prevalent in India: one is OSCC-GB, a form of oral cancer that is most common among males. The other is cervical cancer, which is the most prominent form of cancer among females.

The Indian government could not fund genomic investigations on both cancer types. We decided to focus on OSCC-GB because it has a markedly different clinical presentation than the form of oral cancer that is predominant in the West. In the West, oral cancer impacts mainly the tongue. In India, oral cancer affects the entire oral cavity except the tongue.

Q: What is the incidence of OSCC-GB in India compared to the rest of the world?

PM: OSCC-GB is 2.5 to 3-fold higher in India than it is in the West. Its prevalence is also highly variable between different geographical regions of India. That’s because of the prevalence of unique chewing tobacco habits that vary greatly in different parts of India. In certain areas, people chew tobacco with slaked lime. Slaked lime is calcium hydroxide, a strong alkali (pH 12.5–12.8) that is capable of denaturing the cell membrane and other proteins. As a result, it chews up the epithelial layer, providing the nicotine in the tobacco with a direct path into the cells, possibly providing a greater nicotine “kick” or satisfaction to the user. Unfortunately, calcium hydroxide also damages DNA. Together with the carcinogens in the tobacco, the combination causes DNA mutations to accumulate rapidly, increasing the probability of precipitating cancer.

Typically, OSCC-GB is detected when it is at an advanced stage. Initially, someone will see a white patch, which indicates a small bruise inside the oral cavity. People often continue to chew tobacco and the bruise gets worse. It turns into a sore inside the mouth and starts to expand. Tobacco is so addictive that people don’t care about the fact that there is a large sore, even though it’s painful. It’s not until the pain becomes so unbearable that they are finally forced to go see a doctor. Often, by then, the sore has become malignant.

"The NovaSeq 6000 System is fast and supports high-throughput sequencing studies when we have many samples. We are quite happy with our Illumina NGS systems."

Q: How is OSCC-GB treated?

PM: Surgery is the only way of treating oral cancer. The surgery to remove the tumor might be preceded by a round of chemotherapy to reduce the tumor mass. It is usually followed by either radiotherapy or chemotherapy.

Q: What prompted you to look for variants that could be associated with lymph node metastasis in OSCC-GB?

Q: Did you find other alterations and perturbations in biological pathways that promoted lymph node metastasis in OSCC-GB?

PM: Our point of view in these studies was that we needed to understand the genetics impacting pathway operations. We mapped germline and somatic alterations on genes and then mapped the genes back to biological pathways. Thanks to that approach, we were able to identify several germline alterations, including rare, nonsilent germline mutations in BRCA2 and FAT1 genes and chromosomal instability.1

Q: What has been the reaction of oncologists to this data?

PM: We had several oncologists as part of our team and they were very excited that we were able to find several gene alterations that lead to oral cancer. The biological pathways that we found leading to OSCC-GB and lymph node metastasis are quite important. It has opened up new ways of thinking about treatment of oral cancer. Our hope is that we’ll be able to identify molecules in the future to affect these pathways and halt the metastasis of OSCC-GB.

"...we are using Infinium MethylationEPIC arrays and looking at promoter methylation changes and comparing the results with our RNA-Seq data."

Q: Why did you choose Illumina NGS systems to perform sequencing?

PM: Our first NGS system was a Roche 454 system. We switched to the HiSeq 2000 System when the sequencing read lengths became longer and realized that it performed sequencing less expensively. Over time, we’ve acquired each new generation of NGS system, starting with the HiSeq 2000 System, then the HiSeq 2500 System, and now the NovaSeq 6000 System. They are ideal for performing whole-genome or whole-exome studies to determine whether cellular heterogeneity or mutational heterogeneity in individual cells or groups of cells, are contributing to disease. We’re also using them for RNA-Seq.

Illumina NGS systems have improved over time and they are all easy to use. The NovaSeq 6000 System is fast and supports high-throughput sequencing studies when we have many samples. We are quite happy with our Illumina NGS systems.

Q: What additional studies in OSCC-GB are ongoing?

PM: Important work in the future will be focused on integrative studies and we’ve already embarked on those. We’re looking at epigenomic alterations and how they relate to mutational and RNA-Seq data in OSCC-GB. The goal is to identify pathways and perturbations that can be ascribed to these kinds of changes. Depending on which ones are dominant, we will be able to interrogate those forces better in the future.

Specifically, we are using Infinium MethylationEPIC arrays and looking at promoter methylation changes and comparing the results with our RNA-Seq data. We have already generated a significant amount of RNA-Seq data and EPIC array data.

We’ll perform more targeted mapping when we have a candidate gene or candidate genomic regions. Eventually we’ll get to the diagnostic mode and begin using either gene panels or targeted sequencing.

Learn more about the systems and products mentioned in this article: